We are attentive to the evolution of the current health situation which affects the whole of Europe and the world.

We are in contact with the artists and we will quickly communicate you the complete program.

In a world where religions often appear as factors of division and sometimes confrontation, music, songs and dance are an excellent approach to meeting and getting to know each other between people of different backgrounds and beliefs.

This is the conviction of all the members of Sacred Days, and we will continue to affirm this even more during the next festival. 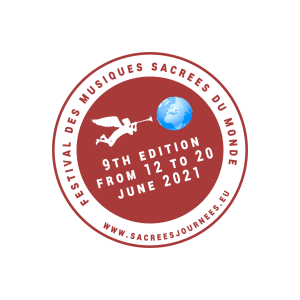 While waiting to tell you more, here are the artists we are in contact with for the 9th edition of the Festival 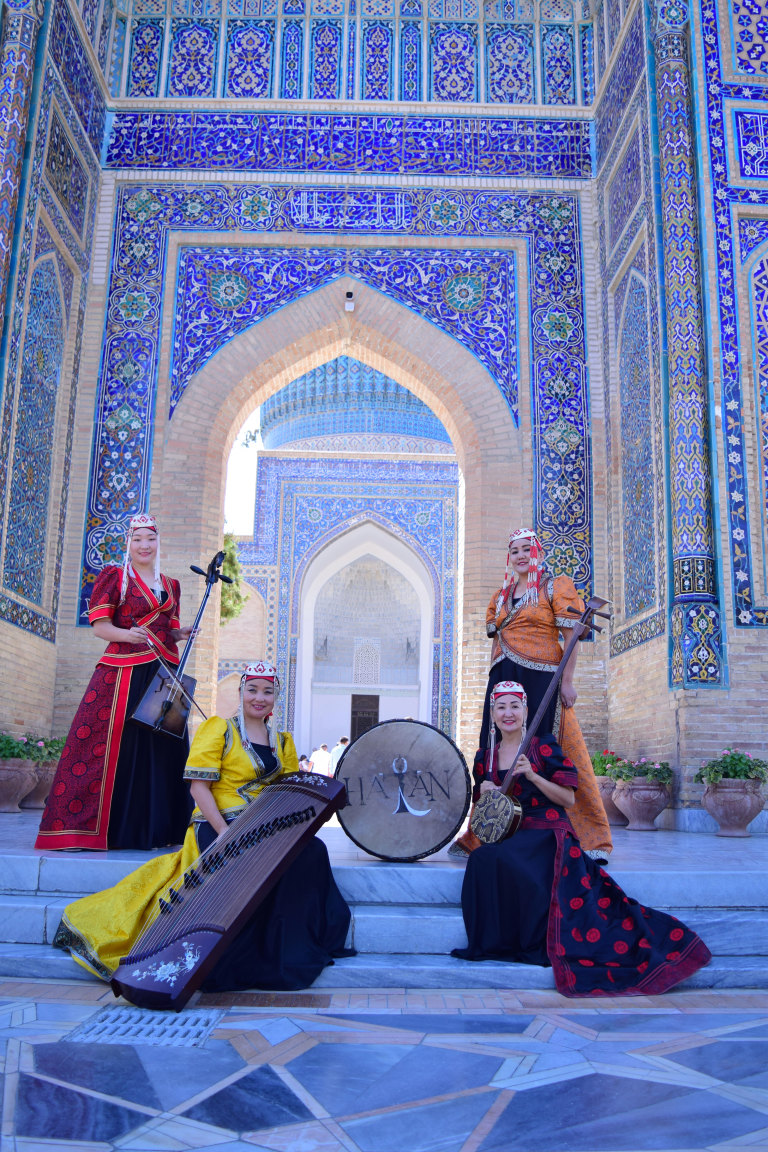 Ösökhjargal Pürevsüren, the only professional khööömii singer in Europe, is from Ulan Bator. She founded the Hatan (Queen) Ensemble in 2013. Hatan is a female quintet composed of 4 Mongolian musicians and a dancer. Their songs of Buddhist and shamanic inspiration, have a very strong spiritual dimension, in relation with nature. 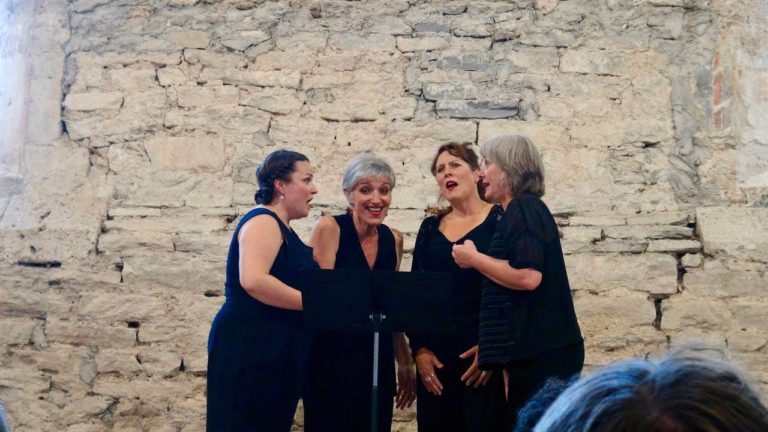 4 female singers in an original program to pay homage to women in the Corsican liturgical tradition, where sacred songs used to punctuate and still punctuate women's lives. 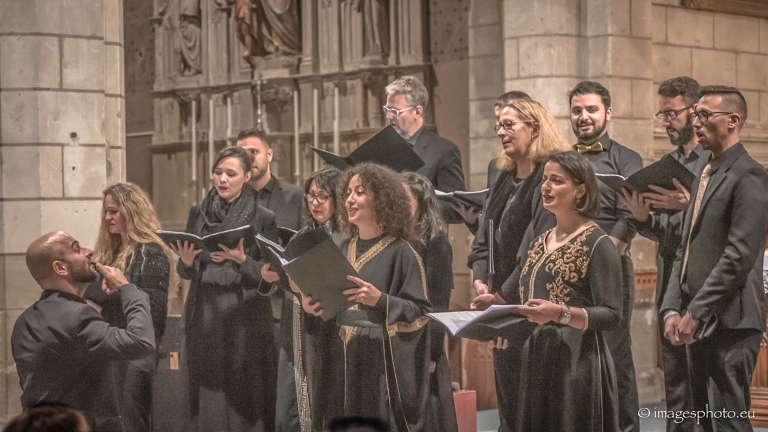 The Musical Ensemble For Peace is directed by Bachir Chami, of Lebanese origin, former Cistercian monk and lyric singer. In creating the group, he wished to promote an intercultural and interreligious musical dialogue between East and West, with musicians from different cultures and traditions.

The Ensemble brings together singers and instrumentalists from about ten countries of the Middle East and the Mediterranean region. Vocal music is sometimes sung a capella, sometimes accompanied, on the violin or by oriental musical instruments: the saz, the lute, the ney, and the daf.

The concert program is composed of sacred songs of Eastern Christians in the diversity of their liturgical traditions: Greek, Serbian, Russian, Syriac and Greek Orthodox churches, Maronite and Melkite Catholic churches... It offers a musical immersion in the spiritual world of the first Christians, the Eastern Christians who today live in a troubled time in the context of the Middle East. Their songs are an invitation to dialogue and peace. 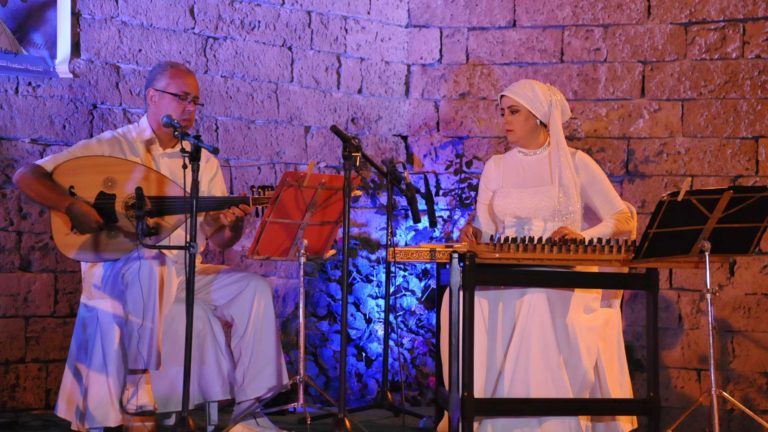 Tunisian singer, Khadija El Afrit in Quanoun instrument of the family of table cithers, performs several great classics of oriental music and compositions of North African inspiration. In complicity with Mohamed Nabil Saied at the Oud, Etienne GRUEL on percussion and Ruben Tenenbaum on violin. 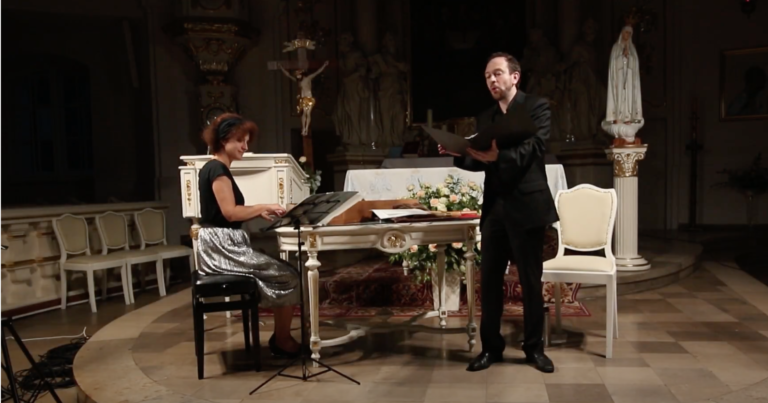 Doron Schleifer, countertenor, is from Israel. He began his musical career as a soloist in the master's degree of the synagogue.
of the Hebrew College of Jerusalem. Accompanied by Corina Marti on the harpsichord, they will present Jewish music from medieval Italy of the fourteenth century. Her moving, powerful and clear voice invites the audience to a real spiritual elevation. 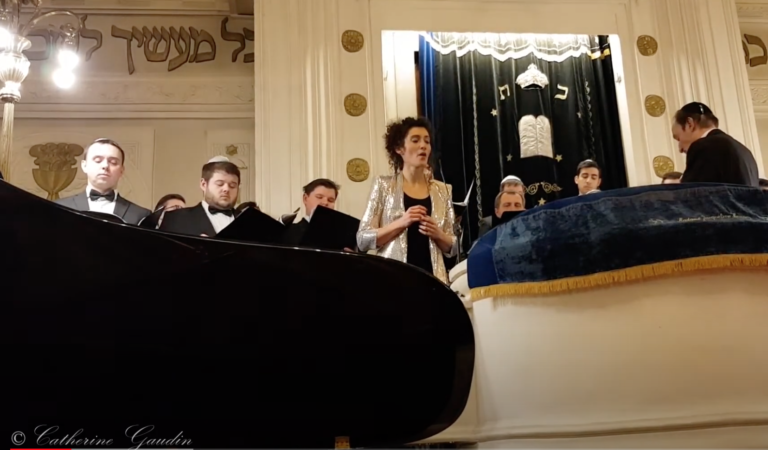 The first female cantor (hazzan) to graduate in Europe and the only one in France, Sofia Falkovitch is a mezzo-soprano singer. She fascinates by her personality, her rare voice, her presence, and all this with a refreshing naturalness.
Intercultural and interreligious dialogue occupies a central place in her work as a singer. Program of Hebrew lithurgical songs a capella or accompanied by Raphael Tambyeff on the organ. 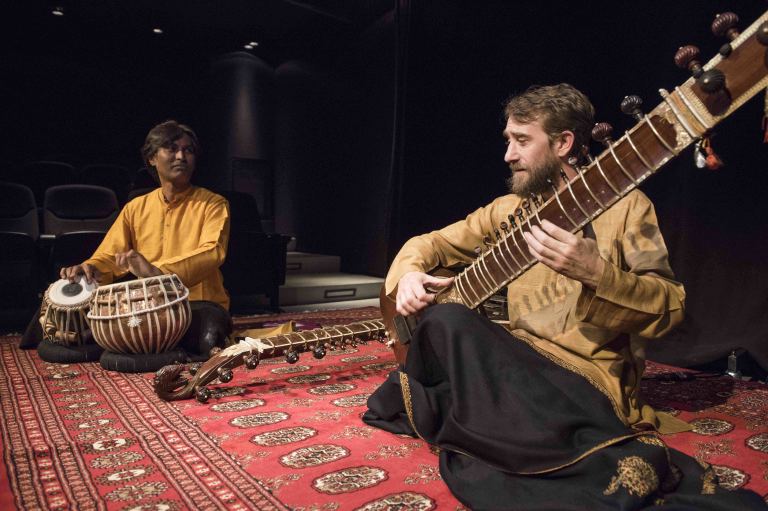 Nicolas DELAIGUE, concertist, specialist in sitar and classical music of North India (Hindustan), AND in tabla, Nihar MEHTA who comes from one of the most important families of philosophers and musicians of Ahmedabad (Gujarat) for several generations. 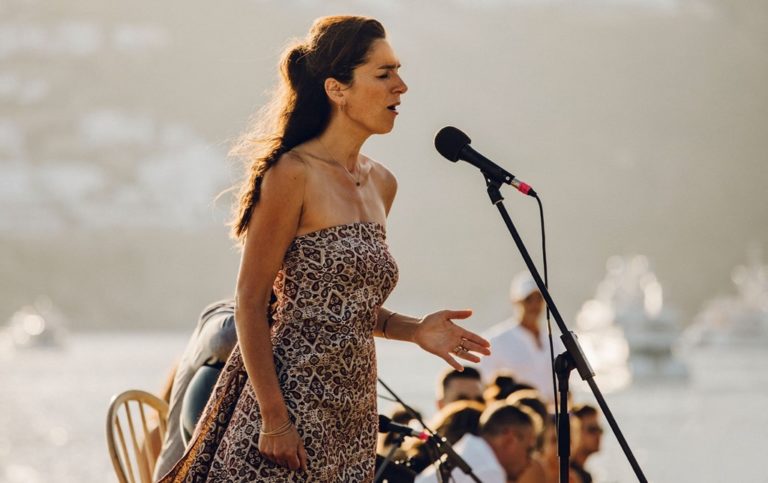 Franco Iranian. Imbued with Zorastrian poetry and philosophy since her childhood by her father, she sings the Gathas, hymns of Zoroastrian lithurgy. She is accompanied by 3 musicians: piano - double bass and oud.

CREATION of the Camerata delle Lacrime. THE CONTROVERSY OF KARAKORUM.

THE CONTROVERSE OF KARAKORUM: Under the patronage of the French National Commission for UNESCO because of the "strong universal values of fraternity, humanity and peace that resonate with the ideals of UNESCO. A musical stage project developed around inter-religious dialogue . A mystical musical journey of 1h15mn, from West to East . This concert is inspired by the story of the Franciscan William of Rubrouck who, twenty years before Marco Polo's journey, went to Karakorum, the former capital of the Mongolian empire which then stretched from Beijing to Budapest.
In the 13th century, Karakorum was the capital of the world and religious services of all confessions were held there peacefully.
At the court of the great Mangu Khan and at the request of the latter, the monk organized a theological controversy on the evening of Pentecost 1254 to which representatives of the main religions (Nestorians, Christians, Buddhists, Muslims) were invited. His account has come down to us thanks to a handwritten letter "Itinerarium ad Partes Orientales" addressed to King Louis IX. Through the songs evoked in his manuscript, his story invites us to a journey through the melodies, languages and rhythms of the countries he crossed.