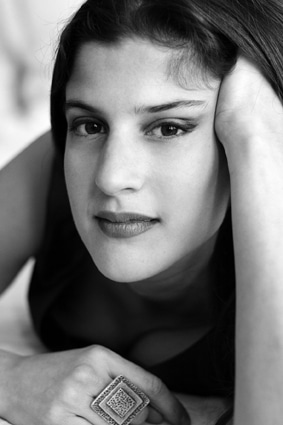 
Lloica Czackis will perform Nigunim, which Rabbi Shneur Zalman, one of the founders of the Hasidic movement, described as follows: “There are doors in heaven that can only be opened by melody and song”. From its emergence in the 18th century, the Hasidic movement turned to music and dance as powerful forms of Jewish religious expression. The result was this new genre of mystical musical prayer carried by a spiritual language that goes beyond words.

Lloïca Czackis was born in Germany to Argentinean parents and grew up in Venezuela. After studying voice and choral conducting in Buenos Aires, she completed her training at the Guildhall School of Music & Drama in London. Passionate about a wide range of styles, she performs classical music, cabaret and tango programs in Europe, Argentina and the USA. In 2002 she created “Tangele”, a Yiddish tango show that won a Millennium Award in the UK, and she obtained a DEA on this subject at the EHESS in Paris in 2005. Other projects followed, notably around jazz in Yiddish and Judeo-Spanish. She sings regularly with the great gypsy jazz accordionist Marcel Loeffler. She has recorded 2 CDs: “Le Grand Tango”, dedicated to Astor Piazzolla, and “Tangele: The Pulse of Yiddish Tango” by the New York label Tzadik. Finally, she is co-director of the Valiske Association, whose main goal is to organize Jewish cultural trips around the world. www.lloicaczackis.com