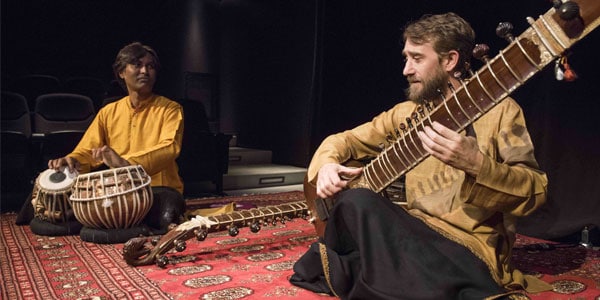 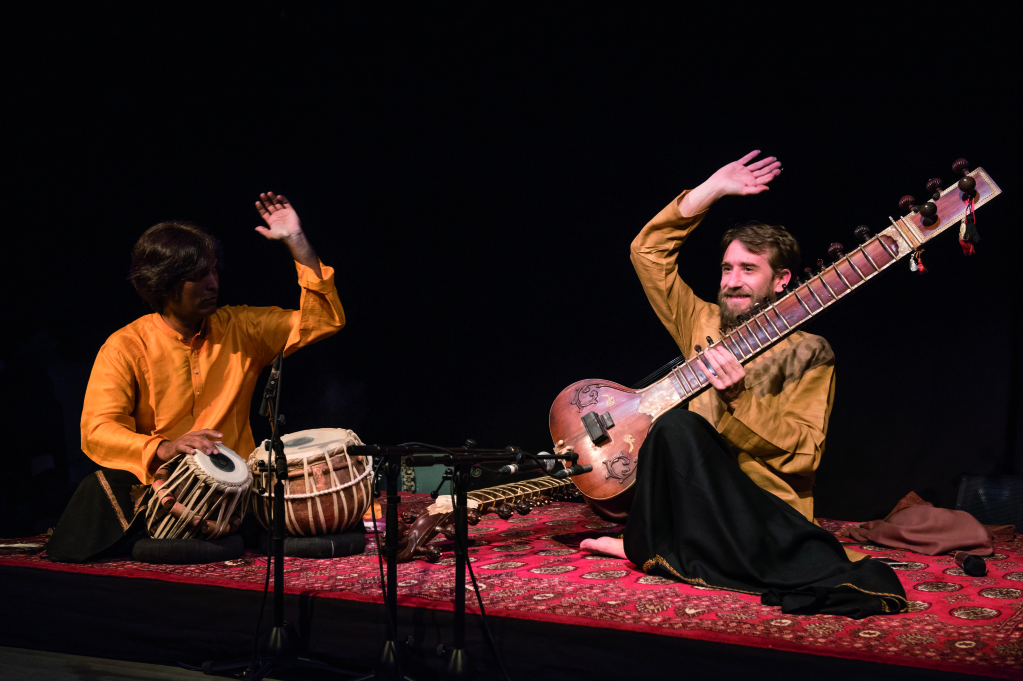 Through the musical sensibilities of Nicolas Delaigue (sitar) and Nihar Mehta (tablas), let yourself be transported into the rich tradition of Indian sacred arts on a musical journey.

The interaction of the two instruments provokes the outpouring of bewitching sounds and rhythms, the spectators will taste, during a concert, a unique and improvised moment. Rasa”, which literally means “sap”, is a fundamental concept in the classical arts of India that governs the whole aesthetic theory of the expression of feelings in the performance arts.

Art of the moment and in accordance with the tradition, the two musicians will choose on the spot a repertoire of melodies – Raga- corresponding to the hour of performance, repertoire whose origins find their source in the sacred texts of the Indian civilization called Veda-s