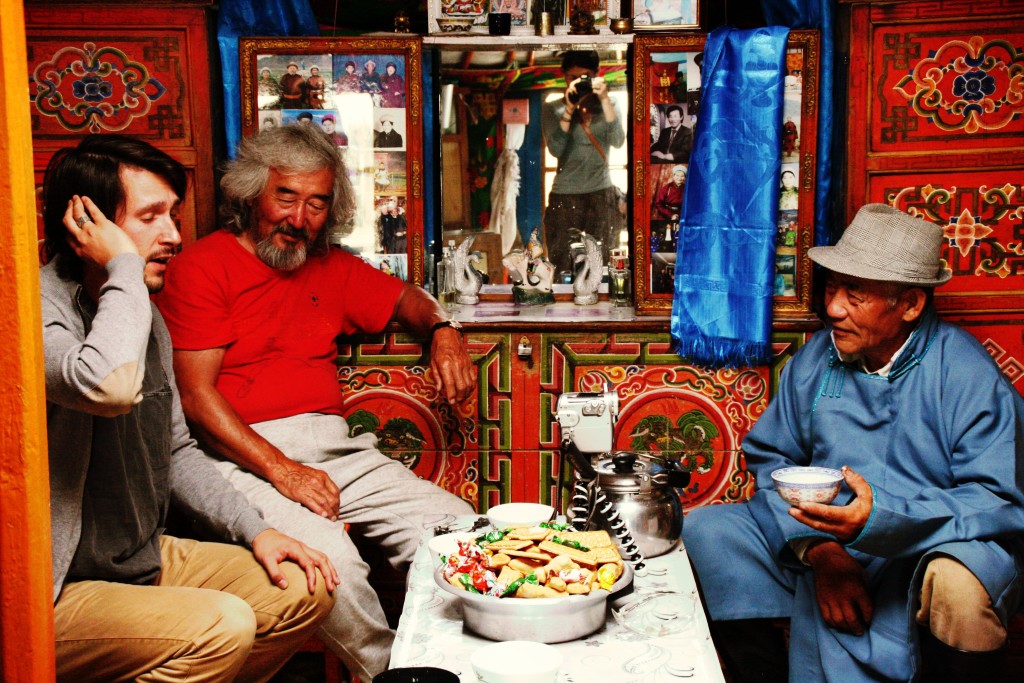 Inscribed since 2010 by UNESCO to the Intangible Cultural Heritage of Humanity, the traditional art of diphonic singing is Figure of cultural expression identity of Mongolia.

Did you know that everyone is able to produce several sounds with a single voice? A khöömiich (diphonist) can sing a vocal drone and simultaneously produce a melody of harmonics accompanied by several resonances. This vocal acrobatics is virtuoso, but “diphoning” several superimposed sounds is accessible to all, if we are given the keys.

This workshop is led by Usukhjargal Purevsuren, one of the few professional women to practice this art, who immerses the apprentice in the heart of her personal practice in a typically Mongolian teaching. The practice will be enriched with theoretical elements specific to the ethnomusicological approach of Johanni Curtet who serves as translator and assistant.

Of Buddhist or shamanist obedience, Mongolian traditional culture has blossomed in an animistic relationship of intimacy with nature. In this spirit, legends tell that the khöömii would be born from the imitation of the breath of the wind, the sounds of water, the song of birds, in an essentially pastoral context.